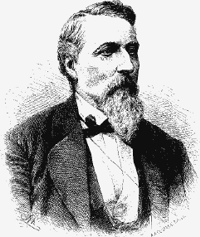 dedicated on October 1, 1882 before a crowd of over 15,000 in our beautiful Benton Park, in St. Louis, Missouri.Born September 28, 1811 in Eichtersheim, Grand Duchy of Baden, he was a German lawyer and politician, and one of the primary agitators in the 1848 Revolutions in Germany. Following the 1848 German Revolution he moved to the United States, but maintained an acute interest in events in Germany. In the spring of 1849, the Baden revolution re-ignited, and Hecker returned to Europe to participate. However, he only made it as far as Strassburg when word came that the insurrection had been defeated by Prussian troops and he returned to Illinois once again.

Leading up to the Civil War, he became increasingly focused on the issue of abolishing slavery, and wrote the forward to a German translation to Thomas Paine’s The Rights of Man so that all of his fellow Germans could know this great writing. After the Battle of Fort Sumpter, when Lincoln called for 75,000 volunteers, Hecker would begin recruiting,

and Illinois exceeded its allotment of 6,000 volunteers in five days. Hecker would serve as a Brigade commander in the Union Army during the Civil War, leading the 3rd Brigade, 3rd Division, XI Corps.  After the war, Hecker returned to his farm in Summerfield, Illinois. It was in 1871 that he gave his very famous address at St. Louis of his enthusiasm for the German Americans and their glorious future in their newly united Fatherland, the United States. He passed away on March 24, 1881 and was buried at his farm in Lebanon, Illinois called Summerfield.

On Sunday, August 12, 2018 Johannes Fechner (MdB) a member of the German Bundestag, visited our area to lay wreaths at both the Benton Park Memorial and the burial site in Summerfield, Illinois. Members of the Illinois Civil war Hecker Regiment were at the Summerfield Ceremony along with members of the Missouri Sons of Union Veterans. The wreath laying at Benton Park took place at 10am.  located at 2101 Wyoming St. St. Louis, 63118. The wreath laying at Summerfield took  place at 12pm Noon and was at 9920 Summerfield South Rd, Lebanon, Illinois.

The beautiful afternoon was celebrated of course at the Hofbrauhaus St. Louis! 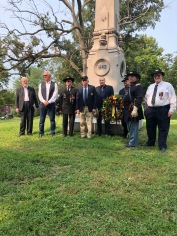 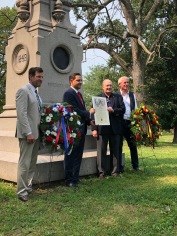 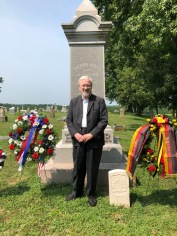 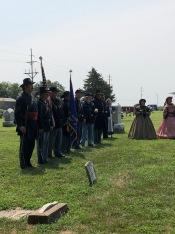 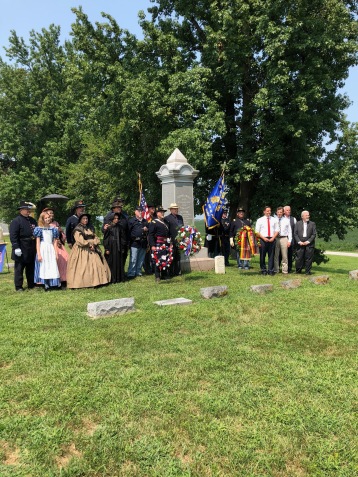 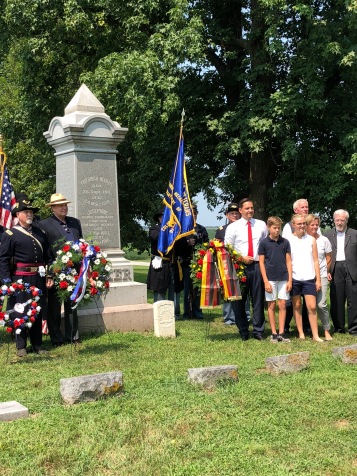 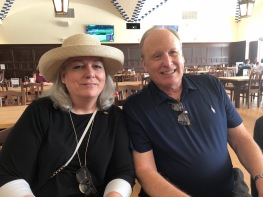